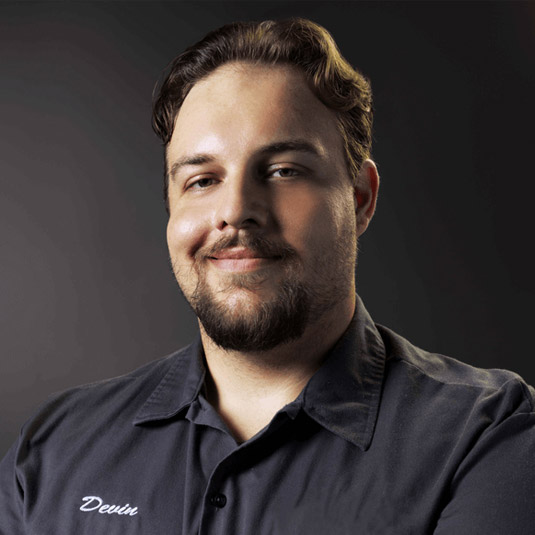 Devin Mills is an experienced engineer and lead consultant at BoozeWerks Consulting, host of the BoozeWerks Podcast, and is currently assisting Tim Smith of Climax Moonshine on Discovery Channel’s new series Moonshiners: Whiskey Business as a distillery expert.

As the brains behind the whole BoozeWerks operation, Devin Mills is a Licensed Professional Engineer with an MBA from the University of Colorado. Devin found his calling as a distillery engineer early in his life when he began making Apple Brandy as a hobby. Now, Devin is a sought-after alcohol consultant who helps others attain their dreams of owning a successful craft alcohol business.

While living in Colorado, Devin became interested in starting an apple orchard similar to the ones he knew growing up. During the research phase, Devin found other uses for apples such as cider and mead, but fell in love with the process of making Apple Brandy. While working on his MBA, Devin started his own distillery as part of a final project and his dissertation. Devin managed to generate an astounding half a million dollars and win several pitch competitions for his distillery. After running a successful distillery for a few years, Devin realized he had more to offer the industry.